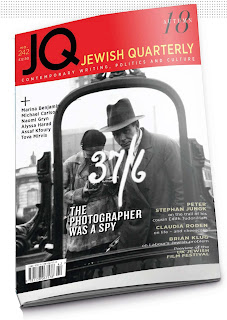 I have never been one to base my judgement on what others say, I always give people a fair chance to prove themselves to me. That is why I never took the belief that Jews are thieves, that has changed in the last three years with a series of incidents involving several businesses in Israel.
Two years ago when I supported Israel I took out a subscription with Jewish Quarterly. From the title you would expect four magazines a year, but in the two years of my subscription I have only received one magazine. Even the press in Israel label this magazine as a scam.

Email ThisBlogThis!Share to TwitterShare to FacebookShare to Pinterest
Labels: Another Jewish scam, i doubt I will do trade with Israel again, I no longer support Israel, Jewish Quarterly

France is next to leave the EU

French election ahead and Germany shakes 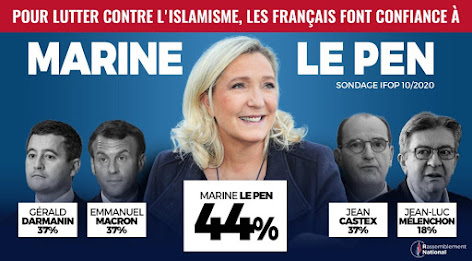 With the elections coming in France; Germany is in for another shock as Marine Le Pen stated at the last election her first action as PM would be to leave the EU.
If she wins there goes Germany's last cash cow to plunder, to be honest, even in Marcon won he'd bring them out.

Email ThisBlogThis!Share to TwitterShare to FacebookShare to Pinterest
Labels: Angela's ashes, France is next to leave the EU, Marine LePen

I Offer Movies is zevel. 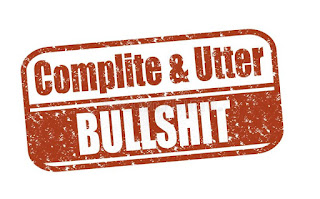 Until this month I used a site in Israel called IOfferMovies.com to buy DVDs with English subtitles added; all that has changed because I am sick of hearing the excuse the Coronavirus has caused delays to getting my order sent. In the four months it has taken for my last, not latest, order to be sent from Israel I have received several orders from the USA, Spain and even Sweden.
As the Jews would say what he says is Zevel (rubbish).

Email ThisBlogThis!Share to TwitterShare to FacebookShare to Pinterest
Labels: A move from Israel, i doubt I will do trade with Israel again, I no longer support Israel, Total Bullshit 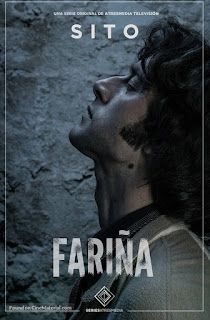 One of the series I am watching on Netflix is called Farina. It is about how the police cracked the largest drug smuggling ring in Spain.
Though the series started in the late 60's, and ends when Sito Minanco escaped to America, the case did not end until 2018 when Sito and Manuel Charlin were brought to trial.
Though the men were running the ring from outside Spain, mainly from the Azores, in Spain it was rung by Pilar Charlin with help from Esther Lago.
The Charlin clan were the worst of the worst according to the police, and stopped at nothing in their hunt for expanding their empire of drugs.
Posted by Alan Place at 04:14 No comments:

Another issue on eBay

I have no problems using eBay. 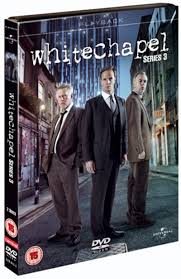 I can recommend using eBay as I have no problems with the site, however, this month I had another issue with a person on the site. I ordered the series above almost three weeks ago, and it still has not arrived; I am only slightly put out by this as I haven't lost a lot, unlike the buyer I had in May who said he'd repay me for a misunderstanding about his order, after I'd refunded him, and the money has not been returned. I decided that the money is lost as the buyer rarely uses the site, and even the site cannot contact him.

Email ThisBlogThis!Share to TwitterShare to FacebookShare to Pinterest
Labels: Another issue on eBay, ebay, eBay sellers

I have a good rep as a writer of ghost stories.

A ghost story for Halloween.

Halloween is traditionally the time for ghost stories, and writing ghost stories is how I earned my rep as a writer long before my science fiction series Forgestriker took the USA by storm.This story is based on the story of a real nurse who died during the blitz in Bristol during the Second World War. Her ghost was supposed to roam the wards of the old children's hospital were she died trying to save the children; her body has not been found. The hospital is now a luxury block of apartments, but is her spirit still there?
Posted by Alan Place at 04:52 No comments:

Email ThisBlogThis!Share to TwitterShare to FacebookShare to Pinterest
Labels: An unseen ghost story, El Ghosto, Ghost stories by Alan Place, I have a good rep as a writer of ghost stories. 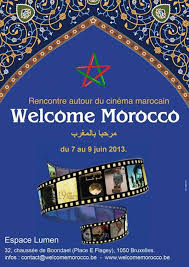 I wish to send a warm greeting to my readers in Morocco who are the largest group of readers for the blog today, excluding the USA. I have had readers in several of the Arab states, but today saw a first for the blog with the first reader in Israel, probably because I have hammered the state for abysmal business practices this week.

I no longer support Israel

The end of a lifetime support for Israel. 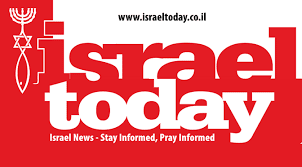 Read why this month ended a lifetime of supporting Israel for me.This month saw the third strike for Israel in doing business with me.
Strike 1 - Three years ago the magazine Israel Today tried to charge me for copies of the magazine, even though I had cancelled the direct debit several months prior to stop me from having to risk this happening as I was not able to fund the subscription.
Strike 2 came two years ago when I got banned from a Pro-Israel page by the moderator of the group I was in; her decision was made on evidence give by one of her friends who was spying on me. She never asked, or read what the article was about; she went on the fact that the image at the head of the article was of a scantily dressed lady. From this the lady assumed the article was of sexual content, if she had asked or read the article, she would have found out the article was about the first story I had published. The image was just eye-candy.
Strike three came this month when I learned it would take four months to receive an order that was scheduled to be delivered in six weeks, the excuse is that the flight got cancelled due to the Coronavirus.

Email ThisBlogThis!Share to TwitterShare to FacebookShare to Pinterest
Labels: i doubt I will do trade with Israel again, I no longer support Israel, Israel Today

I doubt I will do trade with Israel again 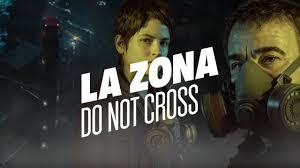 For several months, I have been using a site in Jerusalem called I Offer Movies to get my DVDs from; the reason is they do foreign films with English subtitles, and some old and hard to buy series from the 70's.
However, my last order is no a month overdue, though it may not be the supplier at fault, the deliery service will cause an impact on their sales, as I would have out an order in for my birthday at the end of this week had this order come in on time, now it looks more likely my next order, possibly the last, could be for a Christmas present for my wife.

Email ThisBlogThis!Share to TwitterShare to FacebookShare to Pinterest
Labels: i doubt I will do trade with Israel again, i offer movies

I decided to change the setting for my romance from Israel to Spain; this will involve a little rewriting of the story, but time is on my side - even if sales are not.