The collected stories of the Forgestriker crew 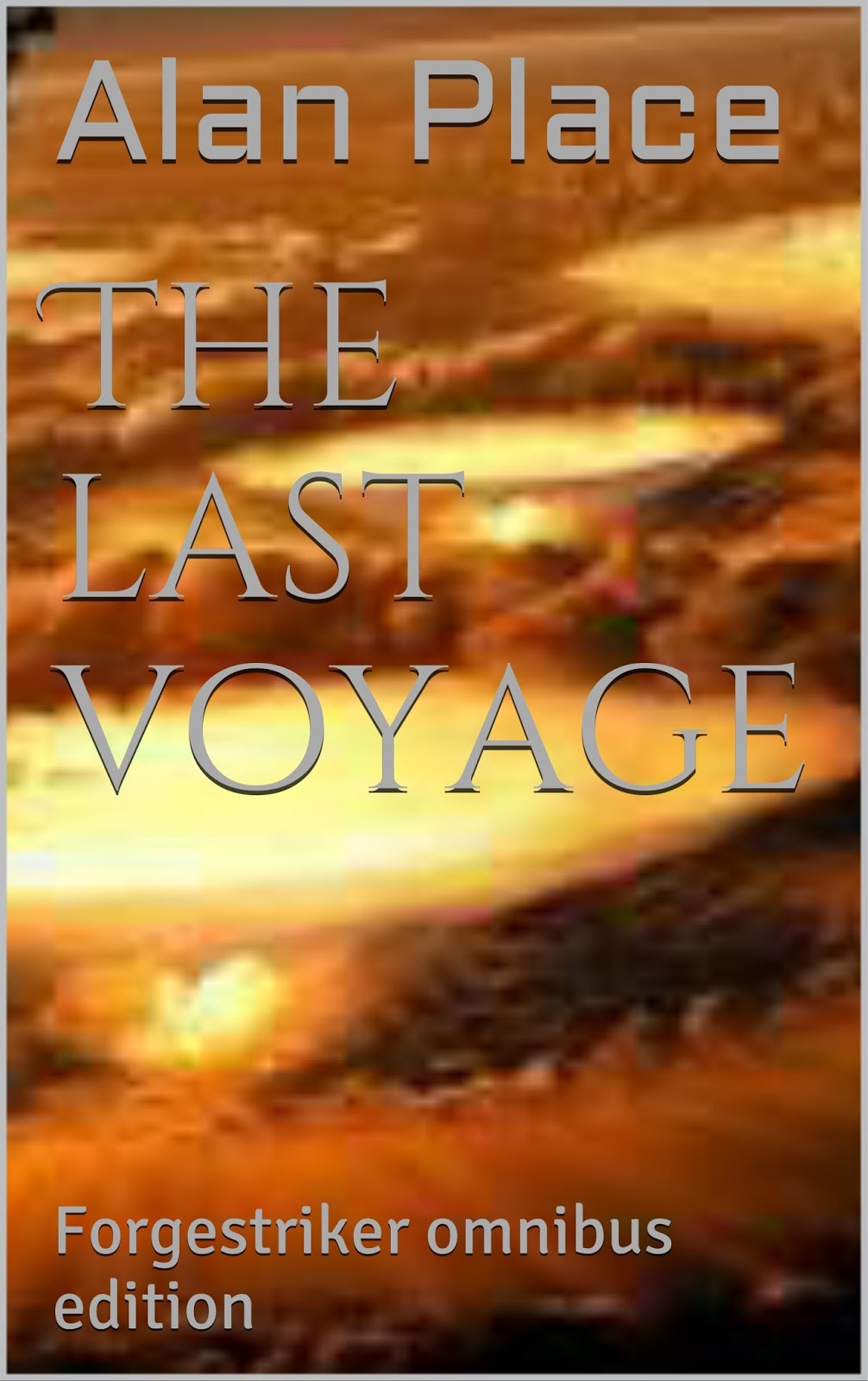 These are the stories of the men aboard the research vessel Forgestriker; sent to set up a listening station on the planet Gameroom, then men find out that all is not what it seems. Fighting for their lives, in a never ending series of rear-guard actions; the mind plays tricks on you, and for some, the endless fight gets too much. With the success of the first set of stories, I plan on adding four more stories in the omnibus edition.                                               Forgestriker -  The hit series


When I started the series, I had no idea Forgestriker would take such a hold at Barnes & Noble. I looked at the site and thought "With most of the market being in higher education establishments, I would have no chance of selling any e-books."  This assumption was based on my thinking that higher education focused people would be more interested in learning books than my Sci-Fi series -- I was wrong --- the series is a hit.

The big hit is "Forgestriker," the second book in the series, which has sold its 350th copy.

The series starts with "Sons of Baal," the story of a group of soldiers left stranded in space after an abortive expedition to set up a deep space radar station on the planet Gameroon. A mission which left many dead on the planet, and many more close to death on the spaceship Forgestriker. As they depart the planet, they find their ship's steering jammed on a course to dead space, an uncharted area.
https://www.draft2digital.com/book/32173


The second book in the series is the hit "Forgestriker," this story focusses on the struggles of the men on the 7th Baalite Guard in dead space, as they find out they have little chance of returning to their home on Baal. But, somebody has sent them a message from station D2. Who can it be? The station has been dead for years, and is known in the records as "The Dead Station." For some reason, somebody or something has sent the message, for what reason? Forgestriker, out of fuel and rations has no choice but to land at D2, what is there?
https://www.draft2digital.com/book/32492

Book 3 is "Return of the Lost," then men of the 7th arrived at D2 to find out what lives there.  Elements of battle change, as the men of the 7th, find themselves stalked by an unseen and all-seeing enemy. An opponent who has all the advantages of having thrived on D2 over the years.
https://www.draft2digital.com/book/34743

The fourth book in the series is  "Terrors of D2", a story of the various battle ensuing on the station and of the desperate measures taken to try and fight, then escape from the enemy on D2.
https://www.draft2digital.com/book/37277

In Flying Blind Mal and Brian are left stranded as Forgsestriker and the wounded friends escape. Alone and on the run, they are left to fend off an attack.
https://www.draft2digital.com/book/40182 Double Echo https://www.draft2digital.com/book/44045 sees the men of the 7th Baalite tracking the survivors from the battle on D2 in space. In the search, the come across a sleeping giant, the hunter/destroyer Caldera. A ship built with one purpose, to find and destroy the rogue ship Gothron. The search for survivors awakens the giant, and both vessels come in the sights of the most powerful warship built.

The final book of the series Caldera Awakens  https://www.draft2digital.com/book/32121 takes place on the warship, as the men walk around strange shapes follow them from deck to deck, and the silence of dead space impinges on their soul, can they survive the deathly silence? Read the stories to find out.

Bestsellers
This series has all my top three selling e-books in it. I had considered turning it into an omnibus edition with extra stories, but the last four books haven't sold well. I am writing the stories I intended to extend the series as stand-alone stories now. The book Forgestriker took about two days to write, has been on sale for 14 months, and has yet to have a month without a sale; in comparison, my last novella A Sailor's Love took 14 months to write, and as yet hasn't sold a copy.

Email ThisBlogThis!Share to TwitterShare to FacebookShare to Pinterest
Labels: A Sailor's Love, Barnes and Noble, Forgestriker- the hit series