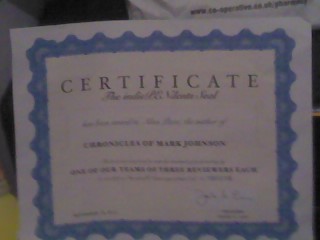 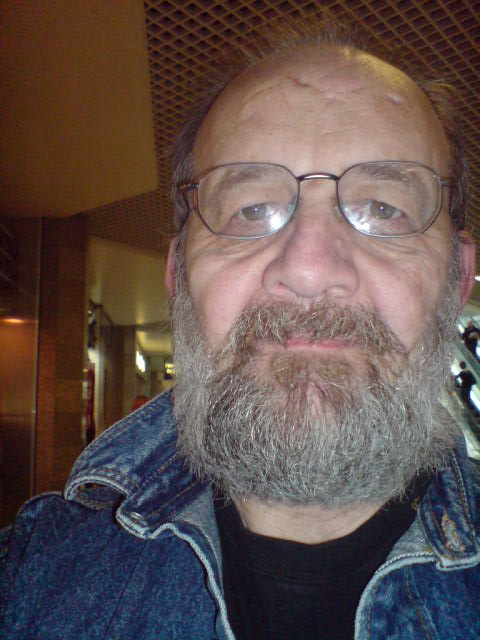 Alan Place
2012
The awards at the top of the post were awarded to me by the non-profit making organisation http://indiependents.org/ to see the seal of excellence recommendation, you can download a PDF file. Overall the award made little difference to my life  http://hereiamattheedge.blogspot.co.uk/2015/04/alan-place-i-dont-blow-my-own-trumpet.html#.VTEGsRz3-iw

Chronicles of Mark Johnson
My award winning story https://www.draft2digital.com/book/32117 of an ex-celebrity photographer who quits the high, shallow life for a life of a recluse won the award in October,2012. Only to find he can't stay away from investigating mysteries. As the stories expand, Mark discovers not only is he fighting demonic entities, but his own demons.

Wharfemere Finale
Wharfemere Finale https://www.draft2digital.com/book/32125 came out of a very dark period in my life. At the time, my friends who were reading the stories on a regular basis were concerned, not only that I was going to kill their hero; but about my mental state. My close friend, and editor, Julia has said this book is a harrowing tale of a man going through a mental breakdown.

Mark Johnson returns
I didn't want to give too much away about book 3, but as nobody got 1 & 2, it doesn't matter. At the end of book 2 Mark decided to take on the witch - his former lover - Annette Palmer in her domain. This will entail crossing the line - something he did a lot of in book 2 - and going to places no man has been to try to rid his soul of the memories of her. I did start this book two years ago, but put it away as nobody was interested in either of the others.

Forgestriker
I am pleased the series has sold well, after the failures of Chronicles of Mark Johnson and Wharfemere Finale I was worried I was unable to write stories people wanted to read.

A Sailor's Love
If you read my recent posts, you may have come across me saying I hope this doesn't become another Chronicles. What I mean by that is another story I loved to write, and took up a lot of time, only to fall by the side of the road, and die painfully slow. This paranormal romance - I prefer that term - to ghost story is about a young girl, who discovers her spirituality during a severe storm on the coast https://www.draft2digital.com/book/34522 The story is a mix of Peter Grimes, Wuthering Heights, and The Flying Dutchman. When I stopped writing, I had done over 35,000 words, and spent 14 months on the story. I had lived the lives, and loves of my characters for so long, I forgot they didn't exist beyond the page.

The effects of winning
Did the award make any difference to my life? No- even though I won an award I am still disabled  http://hereiamattheedge.blogspot.co.uk/2015/04/a-disabled-writer-as-rule-i-dont-make.html#.VTEFUxz3-iw I found it hard to believe at the time, and harder to believe as the days go on. The major change that came from winning was I learned NOT to tell people of my success; many people I knew at the time shunned me afterwards.

Email ThisBlogThis!Share to TwitterShare to FacebookShare to Pinterest
Labels: A disabled writer, A Sailor's Love, Chronicles, Forgestriker- the collection, IndiePENdents.org, The writer